Our trip to Japan in May 2013 had many highlights. I will be doing a series of posts around themes of interest to me: many of these themes were a complete surprise. The first of these was the magnificent art and craft of roof tiles, called kawara. The purpose of Japanese roof tiles is to prevent evil from coming into the home, temple, castle. The origin of Japanese kawara was brought from China via Korea in the late 6th century with the arrival of Buddhism. It is thought that the oldest kawara were used in Asuka Temple in Nara Prefecture (south of Kyoto). These tiles were made under the direction of four tile craftsmen sent from the southwestern Korean kingdom. At that time, Japan's political center was in Nara and the court officers were determined to rule the nation with the power of Buddhism. Kawara have evolved from being traditional roofing material to being waterproof, having unique designs, and remarkable durability.
Some very old temples keep kawara from different time periods on a single roof and the tiles can range in age from 100 to three hundred years old. Recently, new features have been added that include a fixed structure to withstand earthquakes and typhoons, and heat-insulation capabilities based on the way they reflect sunlight.
The shrine on the left, Hachimangu Shrine, is one of the oldest in Kamakura and is an example of how the tiles are laid and the various types. An example of a modern roof is seen in a school/temple complex, also in Kamakura (below). There is a wide range of tile designs with a variety of symbols, meanings, and  types of protective capabilities. These include the sun (gives energy to the home), moon (protect and purify the home), star (power to make wishes come true), symbol of a king (wealth and honor), "magical mallet" (symbol of wealth), shoki (an ancient Chinese guardian), Buddhist sutra (intelligence and peace), lotus flower (purity and life), drawstring bag (brings money into the home), water (wards off fire), dragon (prosperity and success in business),and five-color cloud (five happinesses of life: intelligence, longevity,financial wealth, health, and having a fruitful life and natural death).

The photo, below, of Nijo Castle, built in 1603, shows end tiles, finials, and regular roof tiles.  The next series of photos will be close-ups of tiles in various locations. 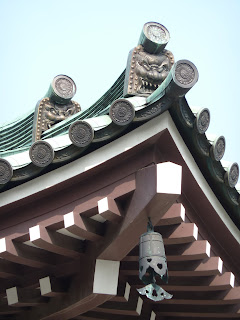 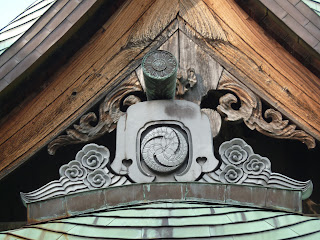 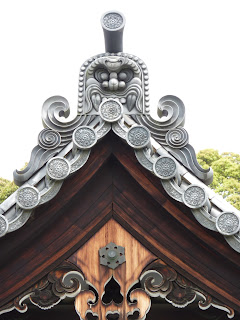 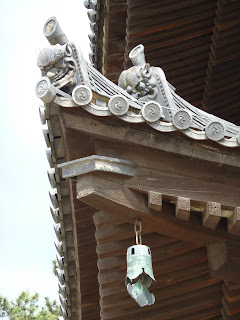 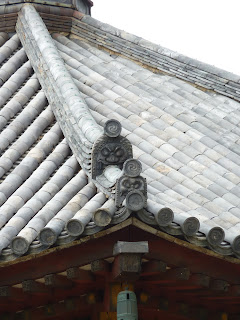 Hazel
Seattle
A blogger for busy people. A liberal who believes that personal responsibility creates a responsible community. 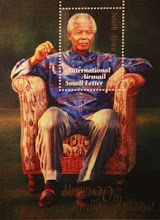 David Horsey's Top of the Ticket 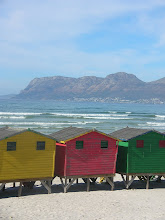 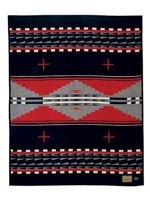 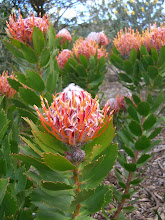